This guest blog is courtesy of Quora contributor Viktor Toth, IT pro, part-time physicist, on his answer to:

Is there anyone here who has quit tobacco completely after consuming it for 8 years?

I smoked my first cigarette when I was what, maybe 11. I became a smoker at the tender age of 16 (I have an excuse: my girlfriend smoked.) I smoked between 1 and 3 packs a day (depending on how long the day was, or how I spent the evening.) Camel Lights were my favorite. I tried quitting a few times, especially after some 3-pack days when, the next morning, my mouth really felt like I licked an ashtray clean. Sometimes, I managed to stay away from cigarettes for a few days, a couple of weeks at the most, but I always started smoking again.

Meanwhile, I got married. My wife never smoked a cigarette in her life. (Smart lady.) That was one more incentive to quit. I still couldn’t. However, I refrained from smoking at home; if I had to have a cigarette, I’d have it on our balcony.

Just over a year after we got married, I spent a couple of weeks in late autumn in Beijing on a business trip. Everybody was smoking there back then. The day before my trip home, I came down with the flu; a rather nasty one, too, it took me weeks to recover.

As it was getting cold in Ottawa, and I had a temperature, smoking on the balcony was not really an option. So I smoked in the bathroom instead, with the fan on. This was beginning to feel real stupid… like I was a bad schoolkid, hiding in the bathroom to smoke. 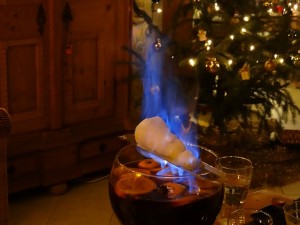 When the cigarette was finished, I stood up, took the ashtray to the kitchen, emptied it, washed it, thew out the empty pack of smokes, and put my lighter away.

I was 30 earlier that year. I’d been a smoker for a little over 14 years before I went cold turkey.

In the days that followed, it was really hard not to light up again. I avoided alcohol, coffee, big meals, indeed anything that would make it harder to resist the temptation to light up. As months went by, it became easier. Eventually, I began to accept that I was now a nonsmoker.

When I turned 40, I noticed that I felt significantly healthier than 10 years prior. I am fairly certain it’s because I quit smoking a decade earlier.

I stopped smoking more than 20 years ago, but to this day, I miss cigarettes from time to time. Just now, we had a nice lunch, more food than usual, and as I am writing about smoking, I salivate a little. A cigarette after a meal like this would be so nice!

Thankfully, no effort is required to resist the temptation anymore. Nonetheless, I know that if I were to try cigarettes again, I’d become an addict in no time. For this reason, I never once touched a cigarette in the 20+ years since I quit.

The original post can be found on Quora as Viktor Toth’s answer to “Is there anyone here who has quit tobacco completely after consuming it for 8 years?“

Drink some water or Stand up and stretch.