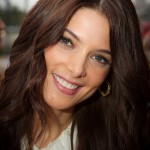 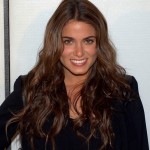 7. & 6.  Ashley Greene and Nikki Reed
These two actresses, known best for their roles in The Twilight Saga, have acknowledged that smoking is common on the film set. Because “Twihards” are often young girls, Ashley and Nikki have been smoke free since 2009, wanting “to set a positive example for their teenage fans.” (Source: iVillage)

Like Ashley and Nikki, finding a friend to quit with can help you feel accountable for sticking it through, even when it gets tough. In your own quit process, identify the important reasons why you want to quit. Maybe you’re doing it for the health of others, even if not for your own. Whatever it is, if it matters to you, then it matters. When you are struggling, remind yourself of these important reasons why you want to quit. 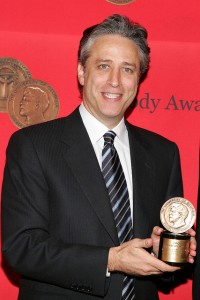 Known for hosting The Daily Show with Jon Stewart on Comedy Central, Jon picked up cigarettes at age 15. He’s admitted that he smoked to distract himself from life’s pressures, stating: “I used cigarettes to fill a void… It was an activity that I did to make myself feel better.” Since quitting in 2000, he now purportedly keeps a gumball machine by his desk to chew away any nicotine cravings. (Source: everydayhealth)

Switching to an oral fixation, like gum, is a strategy that many ex-smokers find helpful. If you’re concerned about calories, choose sugarless gums, healthy snacks like carrots or celery sticks, or even toothpicks.

If your iPod or iPhone is nearby, listen to an upbeat song that can distract you.