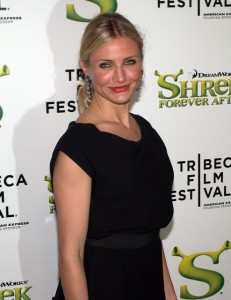 Cameron has said, “I gave up because my parents were upset that I was smoking so much and I was setting a bad example. It preyed on my conscience. I was into roll-your-own and I was killing myself.” (Source: AllAboutYou)

Famous for her roles in There’s Something About Mary and the Shrek films, Cameron started smoking in her 20s. She briefly quit smoking during physical training for her role in “Charlie’s Angels,” but picked up the habit again in her 30s. (Source: Glamour)

Like almost all ex-smokers, Cameron needed a few quit attempts, but her persistence paid off. Many smokers realize the challenges of nicotine addiction during their first attempt at quitting. Even if you start smoking again, don’t give up quitting. Keep trying! Each time, you get that much closer to your goal of being a non-smoker. 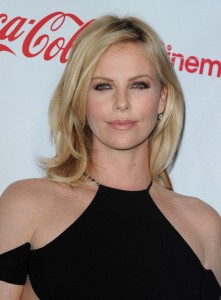 This Oscar award-winning actress used to smoke as much as three packs per day to deal with her stress. She was able to replace smoking with exercise and now is completely smoke-free. Says Charlize: “I used to be such a bad, bad smoker – shameless, Marlboro Reds, three packs a day, chain-smoking, horrible. I don’t know how anybody lived with me. I started yoga and Pilates in the hope that dedicating myself to a healthy ritual would help me stay off cigarettes, and it has.” (Source: AllAboutYou)

Many other ex-smokers also found it helpful to replace the habit of smoking with a healthier habit, such as exercise. Exercise is effective because it helps distract you from cravings by releasing endorphins, the feel-good brain chemical that helps relieve jitters and other uncomfortable feelings caused by nicotine withdrawals.

Give yourself a neck massage.