It might feel especially difficult to quit if most of your friends are smokers too. Know that you’re not alone. Even Hollywood stars have struggled to kick the habit. And just like you, they’ve been able to live a smoke-free life in spite of the social pressures of their busy lives. Here is our countdown of celebrities who stay smokin’ without smoking: 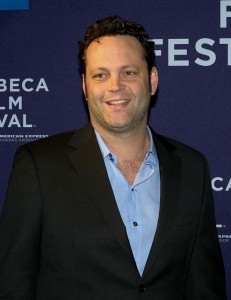 10. Vince Vaughn
This comedic actor, known for his roles in Dodgeball and Wedding Crashers, started smoking at age 24 for a film role in his early career. “Then before I knew it, I was on two packs a day,” Vince admitted. “Now I’ve given up for good. I just went cold turkey. Gave it up completely… I now feel as though I’ve got loads of energy, and I’m not coughing all the time.” (Source: Mirror)

Although your chances of quitting are higher if you use a quitting aid rather than going cold turkey, it worked for Vince, who has been smoke-free since 2005.

Drink some water or Stand up and stretch.